A native of Loughrea, Co. Galway, Niall was born into a family that had music running through their veins. Niall’s Grandfather Paddy Doorhy was an accomplished fiddle player and played with the first Ballinakill Ceili Band. Niall’s Dad, also Paddy Doorhy, played drums and toured extensively with many bands and noted musicians. Niall’s sister is Singer / Songwriter Linda Welby who stormed the Irish Country Music Charts in 2009 with her debut album “A Story to Tell”.

Niall gets his dancing inspiration from falling in love with the music and heritage that has been part of his life as far back as he can remember. “I am lucky to be born into a very musical family. There was always music, song and dancing in my home. Local musicians would gather at our house and music would be played till daylight. I would Jive, Foxtrot, Quickstep and Waltz in the smallest of spaces with my sisters or my mother”.

Niall has been social dancing for many years and because of his patient manner and ability to make social dancing look easy, he has adapted a way of teaching that helps bring unconfident people to dance for the first time in their lives. “I teach Jive, Foxtrot, Quickstep, Waltz and various other social dances that you will see at weddings and other events all around the country. I also teach couples who may be getting married and are daunted by the prospect of taking to the floor at their weddings. I teach for two hours a night. It’s great fun and a great way to exercise and stay fit”.

“My method is very simple. This is not a course but weekly training classes. The more you come the better you get. You don’t need to book and you don’t need a partner. You also pay as you go. I teach both men and women in all the dance styles. It’s my belief that everyone can dance. If you like music then you will learn to dance. The basics are very simple to learn, after that it’s up to you how much you want to practice. The only difference between a good dancer and someone who can’t dance is quite simply practice”. 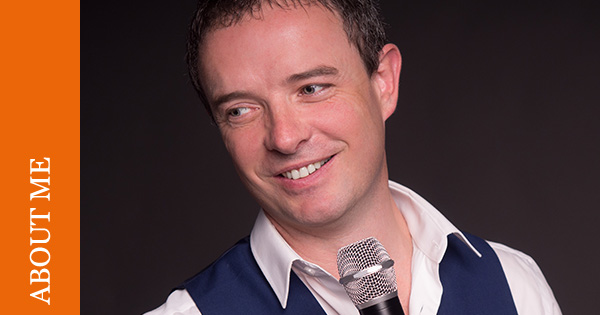 Niall began his teaching career 6 years ago in The Well, Moate, Co. Westmeath, one evening a week. After only a month of classes the attendances got so large that he was forced to open a second evening of dance classes in the same venue. “People were just flocking through the doors to learn to dance. It was very nervy at first but then I made the decision to extend the classes to a second night and thankfully it worked. I ran dance classes there all year”. Niall who was born at the end of the great showband era thinks that Ireland is a changing country, with people looking for new ways of enjoyment and socialising.

“Alcohol, gyms and clubbing are all expensive ways of enjoyment. Dancing is for free and it’s a natural ice breaker. You can hop on a floor in any venue and people will see that you are enjoying yourself. Ireland has suffered recessions in the past. In those times people took to the dance floors as a means of socialising and enjoyment. When we had no money we had music and dance. At that time a lot of children would have learned to dance through their parents, but sadly in the latter years this almost died out and today most people now rely on dance teachers to help them take to the floor”.

Niall’s career has gone from strength to strength. In 2014 he was interviewed by Ray D’Arcy on Today FM and that followed up by a special program on RTE Radio One, when Brenda Donoghue attended his class that was broadcast on the Mooney show. Niall also featured on a documentary called “At Home with Irish Country Music” on TV3. At the end of 2014 RTE did a full feature program at his class, when Nationwide took to Moate to interview him and his pupils about dancing and why people are rolling back the years in wanting to learn to dance.

In 2015 Niall directed and produced his first ever DVD in social dance Jive. Social dance Jive is the fastest growing dance craze all over Ireland with a new generation of young people young and old taking to venues all over the country. Learning to Jive can be easy once you master the beginning steps or basic movement. In this DVD Niall uses 8 steps per rotation with the woman and a matching 8 taps to the man’s footwork. With practice without music at first and using the 8 count Niall uses, these steps can be mastered in no time. Also in the DVD Niall has included some technical advanced moves for you to use when you have mastered the beginner’s Jive.

Please fill in the contact form below and I will get in touch with you as soon as possible. Your information is treated with the strictest of confidence. Your email address will not be added to any marketing lists, nor will it be sold or shared with any partners.